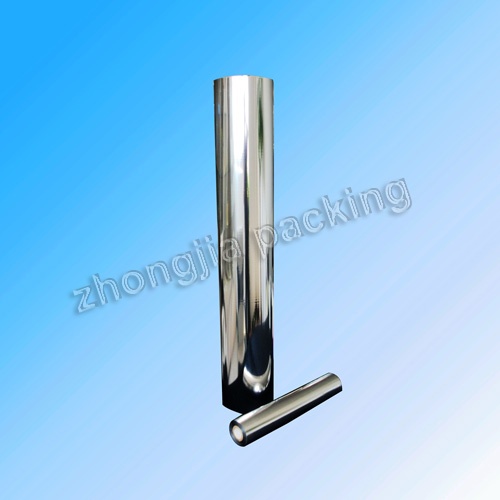 4) Environmentally friendly, no smell and non-toxic

Using polyethylene as carrier, it can be used for very wide applications because of its excellent mechanical and chemical properties it is an ideal material to make flexible packages as the metalized layer creates a great barrier to oxygen, light, and moisture and as a result prolongs product shelf life substantially. Suit laminate with PE film,printing,laminate,making bag

On the other hand, it can be laminated to cardboard to make fabulous packages that create great shelf presence. It can also be cut into glitter powder or yarn, or used to make stationery and toys such as adhesive tapes, stickers, or used as varnishing film.

Laserzj Metalized Film is a substrate of Polymer Film coated or laminated with a layer of Metal - usually Aluminum, but also Copper, Silver, Gold etc.

The Metalized Film is made by the process in which aluminum is heated in vacuum to be evaporated into atom and molecules and these molecules are sprayed and solidified on the cooled film surface moving at high speed to form multi crystallized thin layer.